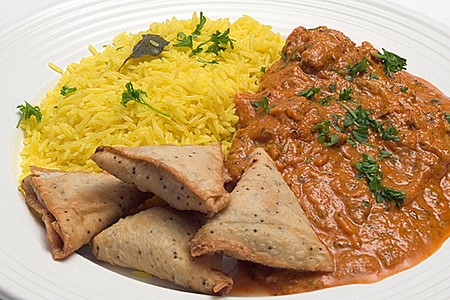 Do you have an outdoor patio?

Yes, two of them

Do you serve modern or traditional Indian Food?

The cuisine is a fusion traditional dishes with a modern twist.

We had dinner reservations last weekend with a group of about 10 people. There were only about a total of 14 customers at the restaurant. The food was good. However, the service was the worst I have ever had. We sat down and had to wait forever to get a waiter to take our order. Then, the bartender who was way overworked, not only had to work the bar but also had to work as our waitress. We had to wait 2 hours after the dinner ended to get our bill and have it paid off using their machines. We had to stand up, get their attention a couple of times, and only then did we get our final bill.

The manager said he would give us a discount for the poor service. Then, their credit card machine was not working. So, once they fixed it, they billed us all incorrectly. Even though the manager said he'd give us discounts due to the poor service, he ended up charging us additional amounts. When we asked for him, the other staff member said he had gone home through the back door. He really should have stayed and dealt with our bill and service issues instead of running away through the back door. The remaining staff member gave us a discount after all since he realized the poor service we had received as well as our discontent.

We felt sorry for the bartender who was way overworked at the bar and having to wait at our table. The service sucked. The food was good. I have eaten at the Chakra Restaurant in Orange County and it is great. However, for this Chakra in LA, I do not recommend and give it a two thumbs down. Only go there if you're trying to get rid of your girlfriend or want to disappoint your friends choice in restaurants in LA.